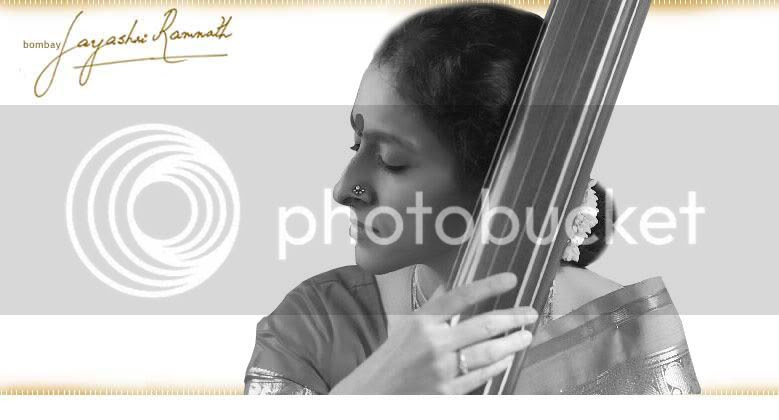 
Full Download
http://www.muzigle.com/#!album/vaazhum-valluvan
Posted by Iyarkaya at 10:27 AM No comments: 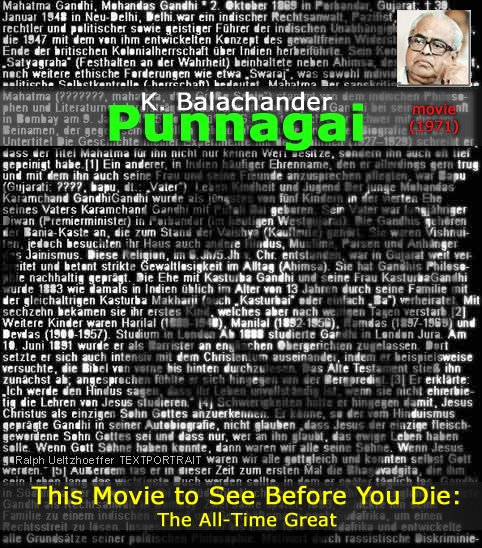 Posted by Iyarkaya at 3:19 AM No comments:

Email ThisBlogThis!Share to TwitterShare to FacebookShare to Pinterest
Labels: Short Vedios and Movies 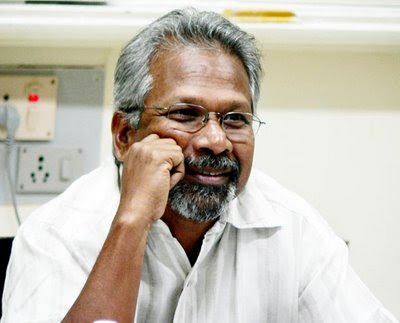 Mani Rathnam﻿ once said "If I get anywhere near what Mahendran did in Udhiri Pookkal, I’ll be a happy﻿ man."
For those who want to﻿ take Cineam as their mainstream, pls watch this classic. Even Mani Ratnam has once remarked, "If he could do a film like UP then﻿ he will be very happy" (Wiki)... Mahendran is a master director.
Posted by Iyarkaya at 2:58 AM No comments:

Posted by Iyarkaya at 2:05 AM No comments:

Email ThisBlogThis!Share to TwitterShare to FacebookShare to Pinterest
Labels: Short Vedios and Movies

Posted by Iyarkaya at 9:12 AM No comments:

More Download :
http://mp3.tamilwire.com/anbu-karangal-radiance.html
Posted by Iyarkaya at 2:02 AM No comments: 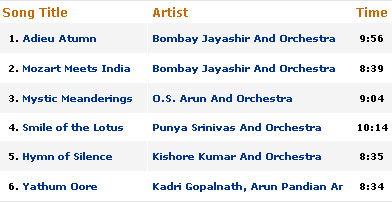 How can we control our mind and remain happy?

From where thought waves come in our mind? What kind of hard disk is there?

Email ThisBlogThis!Share to TwitterShare to FacebookShare to Pinterest
Labels: Power of Brahmacharya and Tips, Short Vedios and Movies

How can we program our sub-conscious mind?

My mind always thinks about sex, how can I divert it?

From Sex to Divinity

Sex is a very small part of your bio-energy. It is given by nature to all beings. No one trains you to feel sexual. Yet you know it is there. What is required is to understand it and to face all the feelings that it arouses, rather than resorting to the centuries-old habit of repression and suppression.
It is a natural instinct which grows as the body grows. The hormonal and chemical changes bring forth the urge for sex. Our rishis have never ever condemned it - no wonder that most of them led a married life. Our ancestors never gave us this theory that celibacy is more pious and greater than indulgence. See our temples from Khajuraho to Ajanta Ellora. Statues of men and women in intimate positions have been carved right on the walls of these temples. Inside the temples, there is not even a single idol of any god or goddess. The message is clear: body, mind and consciousness are all divine and interrelated to one another. What happens in the mind affects the body, what happens in the mind affects consciousness and vice versa.
Sex has been generally condemned and never discussed. If sex had been bad then God shouldn’t had made it for nature and nature shouldn’t had given it to us. Our very birth has happened because of it, so how can one condemn one’s very own existence.

Firstly, sex has to be understood as to what it is, only then can one transcend it. By hating it, hiding it; we will be stuck in it. A child doesn’t have it from day one; it comes at a certain age. So, as it comes, truly speaking, it should go by certain age. But it is difficult to find those people who naturally have gone beyond it. Mind remains obsessed with it even in old age. One finds it difficult even to talk about how to come out of it. So what’s left is that you hide the fact even from yourself and suppress it as strongly as you can. This means that there is a continuous struggle with your very own nature. If indulgence is wrong, so is repression.
Many times people have come to me with this problem but have been ashamed to talk about it. They live a sexual life and are guilty of still having sexual urges. For the benefit of all I bring this out so that you know the facts.
Let us try to understand the human body. Yoga says that your spine is the most important organ in your body. It is the base of your body and mind; and the whole body is rooted to it. You are young as long as your spine is young. You begin to get old when your spine begins to get old. Regularpranayama, meditation, a right state of mind, correct food as well as discipline can keep your spine young, and therefore, you can keep old age away. Everything depends on your spine; if your spine is alive and energetic you will have a brilliant mind. If the spine is dull and dead, you will have a sluggish, slow mind.
Our spine has two ends - at the beginning is the sex center and at the other end is Sahasrar, the seventh center which is at the top of the head. The beginning of the spine is attached to the earth, i.e. your sex center. Sex is the most earthly thing in you. From the very beginning of this center you are in touch with nature, you are in touch with prakriti. From Sahasrar, you are in touch with the divine.
These are the two poles of your existence. If you are not divine or if you are not bringing divinity into your life - you will be a sex-oriented person. A person who carries sexuality in his mind, day in and out, is a worldly person. You can keep this façade of being a religious person but a truly religious person’s actions will not be sex-oriented. If sex is in your mind all the time then you are established in your lowest center. This center is not energized, nor awakened because the Muladhara chakra doesn’t need your energy to function.

I have given a method of meditation called Sparsh dhyan; it’s the magic of touch where you use your own hands to touch and feel your own body. Actually, it’s not the body you are touching, it’s the divinity you are touching. You place your own hands on your head, on your toes, on your stomach, on your back; each and every part is pure, divine, naturally beautiful. Don’t ever think that this part is ugly and this part is not to be touched. But you are so scared; you think that if you’ll keep on touching your body, your sexuality will get activated. The truth is even if that’s the case there is no harm because for once you will experience this sexuality which will have a tinge of divinity in it.
You have always treated your body as material, you have always treated your body as something filthy. You have always done the act with this dirty feeling in your mind. Afterwards, you feel ashamed to talk about it. And that’s the reason Tantra says sex is divine, it is beautiful but only when you consider your body divine, when you consider yourself as divine. And when you consider your partner as divine, only then can the intimacy between man and woman becomes as pure and as sacred as it was when Shivaand Parvati were in union; union of body, mind and soul.
We need sensitivity and a creative imagination. These methods can be employed to help our energies to rise, to get our centers activated. And each center, when activated, will give you a phenomenal experience of being light, of being blissful. These glimpses will get clearer and clearer, deeper and deeper.
As you will continue to practice, when this energy will finally move to the Sahasarar, there will be no sensation at the sex center. It will be totally still and silent. When the sex center is excited, it becomes hot, you can feel that heat, it is physical. And when this energy will move upwards the sex center will become cool. And the heat will all go to the head. You will feel that dizziness happening to you and you can feel nauseated also. Because your body, your head is not ready to absorb this kind of heat. Don’t be afraid if after meditation you feel a little nausea or have a headache or feel dizzy.
Your body is not yet prepared, just not yet purified totally. It will happen when you start respecting your body. And then gradually, your body will get acquainted with this energy and will be able to absorb it. Then this energy will get more and more refreshing. When a lot of energy moves into the head, it has been seen that people can become unconscious. But within an hour the energy will come back and the state of unconsciousness will go. One cannot stay in this unconsciousness state for more than an hour. Actually, it can be less than an hour - within half an hour to thirty five minutes it will go away. This unconsciousness is not exactly the unconsciousness we are familiar with, it is more like a sleep. We have a special name for it, Yog nidra. It’s the deepest center and the head becomes hot - that’s a good sign. And when this energy gets released, your head will experience as if there is an opening of a lotus flower. This energy gets released into the cosmos and you will feel the coolness in your entire body, right from the head to the toe.
Now as I have explained in the simplest way possible, what is needed is for you to put this into practice. But before you start your practice, you need to understand that you must do it under the guidance of aGuru. Your Guru can help you whenever you get stuck as there is every possibility of your getting stuck because this whole path is so new and we need to tread on this path very gently. In the presence of the master it will become easier. And it won’t happen in just one day. Remember, there are no short cuts, there are no easy ways. So, you need to persevere and be consistent. One day, you’ll experience this wonderful state.
We need to explore deeper in meditation to understand that God has made us in such a way that if we use our wisdom we can turn even a negative thing into a positive one.
THOSE WHO HAVE EXPERIENCED DIVINE LOVE CAN NEVER REMAIN TIED TO THE BODY, CAN NEVER REMAIN SLAVE TO URGES OF BODY AND MIND. YOU ARE THE DIVINE ONE TO YOUR CORE, NOTHING CAN CHANGE THAT, EVER!
More Info :http://www.gurumaa.com
Posted by Iyarkaya at 10:05 AM No comments:

Is Marriage a Curse or a Boon?

Sex is the Biggest Issue

Sex is, was and will remain the biggest issue in men and women’s lives. It is craved and yet it is taboo! It is desired, hated, dreamed about, grabbed forcefully, wished for and condemned – all at the same time! This is the eternal truth about sex! Man is bound in it and bound by it; he cannot live without it, and yet all religious authorities, gurus, swamis and yogis collectively condemn it! But humanity is obsessed with sex! What a dilemma for poor human beings!
We need to understand that sex is a basic instinct given to all beings - animals, birds, mammals, reptiles and humans - by nature.Nature is a creation of god and god is great! Is that not true? If your answer is yes, then nature cannot be impure, and its creations - the body and sex are not impure either.


More Info :http://www.gurumaa.com
Posted by Iyarkaya at 9:57 AM No comments: