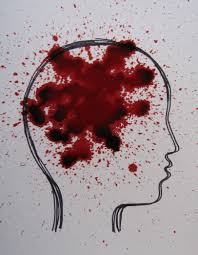 Karma sannyasa is difficult. The ideal is a very high one – to strive for the inner path of yoga while continuing to live in mainstream society. This is almost a contradiction in terms, because the sannyasa tradition evolved as a lifestyle specifically to foster the inner journey. Sannyasa implies the renunciation of life in society. The karma sannyasin, however, maintains social responsibilities and interactions, while cultivating a yogic soul.
It is a path for people who are not inclined to or ready for poorna (full) sannyasa, or whose commitments require a mainstream lifestyle. It is a generous and understanding option on the part of the guru, as it opens the sannyasa experience to the wider community. Karma sannyasins are blessed by the connection that initiation brings, and by the grace that flows from this link. However, it is a path fraught with the frustrations of compromise and conflicting values, particularly for those of us living in Western countries, where respect for the sannyasa path is at an all time low, overwhelmed by the cynicism and material ambition which have engulfed this culture. Many Western countries, including Australia, have largely rejected, almost by default, their own sannyasa traditions – those of Christianity. But karma sannyasa should not be thought of as a method of having it both ways. That road is littered with conflict and obstacles. It is a distinct path, not a hybrid path.
In my own journey to realize karma sannyasa amidst the pressures and responsibilities of a demanding job, a young family and the countless ups and downs of western life in this era, I have found it helpful to bring an image to mind. In this image, I become a tree. The winds that blow my leaves and branches, are the emotions that push me this way and that. As a karma sannyasin, however, I know that my trunk is strong and stable and centred. It is to this all-important centre that we must return, mentally, when the emotional storms and gusts blow us about.
At first, that was the extent of my image. It came to me one evening as I drove home from work. For a couple of days, my mind had been in turmoil. This was annoying me, because only a few days earlier, I had felt complete calm in my being, I had been at peace with myself, full of grace. In this state, I felt that I was experiencing and fulfilling all that I understood of karma sannyasa. I was moving through the world as normal, confronted by stresses and decisions and different personalities, but my mental and emotional state was totally serene and harmonious, immune to the currents that surged around me. Then overnight, for no apparent reason, this lovely state of being was gone, and the currents were dragging me in. I was resisting their pull, but this in itself causes mental strain and conflict. As I drove home that evening, wondering how a feeling could be so strong and real one day and gone the next, I felt as though I was like a tree randomly blown about by the wind. Although at first it may seem that the tree is helpless as the winds choose which direction to push it around in, this is an illusion, as the tree is fixed in position. As long as its roots and trunk are strong.
It is a beautiful fact, that the more a tree is blown, the stronger and thicker its trunk grows. This depends of course, on a deep and stable and well-nourished root system. This is the anchor. The karma sannyasin should be like a strong tree – with their roots down deep in the nourishing soil of yoga, with their central being like the tree trunk, strengthened rather than weakened by the squalls and storms of life.
The most important source of the tree's strength, of course, is the source of light, the sun. The sun of the karma sannyasin is the guru. Those who do not embrace a living guru may have God as the source. It is a personal thing, and although I will use the word guru, you can replace it with God.
When the thought first came to me it was just the winds of emotion blowing in the branches and an immovable trunk to focus on for stabilizing the mind. I have built on that first image, and so may you build on the image in the following pages. It is best to make it your own, as karma sannyasa is primarily a personal journey and we all have our own associations and meanings derived from experiences of life.

My experience of life and karma sannyasa are within Western culture. One of yoga's greatest attributes is its universal application – it knows no boundaries and can be incorporated into all cultures. The global dissemination of yoga is the gift of the Satyananda Ashram to the modern world. That is not to say, however, that all cultures are prepared to easily accept and assimilate yoga and what it represents. In the West, for example, the physical benefits of yoga are widely recognized and accepted. But in general society, suspicion remains when it comes to the devotional and philosophical aspects. The West is in love with the individual. Following a guru is often seen as a sign of individual weakness, not least because of scepticism about the attribution of 'special' powers to the guru. Taking an initiation may be regarded as a surrender or loss of self, rather than as a journey into self.
Western culture glorifies the intellectual mind and takes an intellectual approach to psychology and the mind. Society in general remains basically afraid of the deeper layers of mind – the unconscious and subconscious – which yoga seeks to experience as the source of our greatest potential. So, in spite of yoga's universal nature, there is cross-cultural conflict when Westerners take their practice beyond asanas for health and meditation for relaxation. These are seen as useful antidotes for the stressful lives we have accepted, rather than paths to a new life. Karma sannyasins, living in society as they do, are regularly faced with the difficulties of integrating an attitude of mind into a culture which does not embrace that attitude. The language of yoga is also foreign, so just the act of talking about it can alienate people. And the ancient practices, while they may be revered in India, are seen as strange and mysterious and even threatening in the West.
Also, karma sannyasins do not declare themselves to the world by wearing geru or shaving the head. So very often, their journey is a private one. It is private, but it should never be lonely. The devotional aspect means that the karma sannyasin is never alone, because devotion requires another. The guru is a constant companion. The guru is the one who builds these bridges across cultures and societies. The guru dwells in the heart of the sannyasin, bringing the light of the sun to those times when confusion and anxiety cause us to stumble around as if in darkness.
So karma sannyasa is a great challenge and a great gift to Westerners. It is a challenge because of the apparent foreignness of deep yoga. It is a gift because it allows access to those depths which the culture of India has identified and worked with for thousands of years.

Formal initiation into karma sannyasa involves ritual between guru and disciple. It is a beautiful and enriching experience which gives focus, particularly guru focus, to those who are ready for the journey. The path of karma sannyasa can be, and often is, followed without initiation. In reality however, an inner initiation has taken place. Ultimately, that time of inner initiation may be seen as a preparation for the outer initiation. This was my experience. The important thing is, as Swami Satyananda says, that the person has made one very simple commitment – “I will always take one step further.”
Posted by Iyarkaya at 4:56 AM