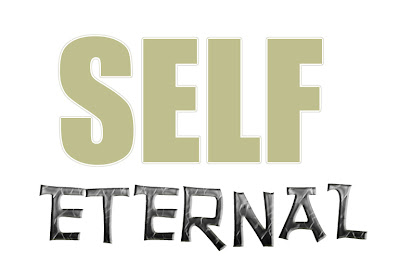 There are many possible directions and ideas about work for the future, but so far they have not crystallised as we are waiting for the right opportunities to come from society. Definitely, I feel that our responsibility is not merely to teach yoga or to adopt yoga for our own personal use, but rather to somehow fit the yogic beliefs and practices into modern society. Slowly, opportunities to do this are emerging.

The approach and effort of the first generation of sannyasins was to propagate yoga; teaching whenever possible, establishing little centres, ashrams and training teachers to continue the teaching. The effort of the second generation of sannyasins is not to propagate yoga, but to implement what yoga has already offered in a more cohesive and concentrated form. This can only happen when new opportunities present themselves, according to the requirements of society. Bihar Yoga Bharati is going to play a vital role in providing an indepth understanding of the application of yoga for the direction of the second generation.
The individuals we require to do this kind of work must have certain qualities. There are people in the first generation in whom the yogic inspiration has stopped after they have reached the end of their limit. There are also people in the first generation who have easily moulded themselves for the work which could happen in the near future. I won't be trying to create a distinction between the first and second generations, nor will I be trying to make an elite group of the second generation. That has to be avoided.
People should become involved in a spontaneous way, not with the idea that they belong to the second generation and are therefore better qualified to do the work. There has to be a natural movement from the first to the second generation. It cannot be an individual progression. We have to evolve from one state of yoga to another as a group. We shall try to include those people who have reached the end of their limit, at least to share their experience and receive their guidance.

Right now I am waiting and watching, because before the work of the second generation starts there have to be a lot of changes. When there is a change of government, the incoming government brings in new laws and policies which are felt to be necessary for that time, and the old policies are put in the background. Whether in India, Australia, Europe or America, we want to make sure that the people associated with an institution, an organisation, a centre or an ashram understand the spirit of the ashram and yoga.
It is not our intention to become a big brother who watches everyone. We want to let people know what is available, whether it is in the form of a structural change, an administrative change, affiliation to the IYFM, standardisation of yogic techniques and so on. If we are to be of service for a long time and not die out after the departure of the preceptor, as happens in many organisations, we need to have a basic code of conduct or certain norms which can become the guidelines for future generations. What we want for the yoga movement are some norms which are based on common sense in the spirit of service. For example, what is sannyasa, what is yoga, what is an organisation? They are three different things, yet we tend to confuse them.

People believe that in order to become yoga practitioners or yoga teachers they have to adopt a geru robe. That is not true, but how do you break that mentality? How can we tell people that our yoga life is different to our sannyasa life, and that our sannyasa life is different to our professional or institutional life? There are people who say, “Well, I've been told that you should wear geru to practise yoga or when you go out to teach yoga, but the public rejects this because they think it is a cult or some new religion.”
How can we explain to them that sannyasa is a personal affair. You can live in your own home and wear a business suit or pyjamas or just underpants – nobody will care. You can wear geru in your home, but if you go out into the professional field and what you represent is not accepted, then teach yoga in a different way. Don't mix yoga with sannyasa, or with your professional or social identity. Sannyasa is your personal identity and yoga is what you teach.
This is just one example of the need for certain norms in order to guide people. For those people who are sannyasins in toto, it doesn't matter whether the public accepts them or not; they know who they are. But some people who wish to adopt yoga as a profession believe that they need sannyasa initiation first. This is a linear approach, moving from first grade to second grade to third grade, etc. Other systems in the world have adopted a graded approach, so that when you become an adept in one grade you move on to the next.
We don't want yoga to become a linear, sequential process, because it will not work. Sannyasa is very much an individual affair, your profession is very much a social connection, and yoga is very much what you offer to other people. Yoga represents an interaction between yourself and others. Then you have a social identity: I belong to the Bihar School of Yoga tradition, the Swami Sivananda tradition, the Swami Satyananda tradition. Sannyasa is your personal identity.

Another point which comes to mind is the concept of sannyasa. People often associate sannyasa with being a renunciate, a recluse or a monk due to their cultural and religious backgrounds. Sannyasa is not renouncing or becoming a monk; rather it is developing an awareness of one's own karmas. There is a beautiful statement in the Bhagavad Gita which says: 'Sannyasa equals investing the karmas'. Nobody has picked up this sentence. When asked to define sannyasa, people open up the scriptures and find long sentences and paragraphs describing it, but nobody says that sannyasa means investment of karmas. In the context in which Krishna was speaking to Arjuna, karma combines jnana, wisdom, and bhakti, devotion, surrender, or awareness of a higher reality. So sannyasa is actually a way of living in universal harmony by investing your karmas for the growth and development of your individual being and of the global community.
Now what you do during your training is a different matter. You can go to the mountains for three, four or five years and do tapasya, or spend time in an ashram working hard. Sannyasa education is becoming aware of your responses and reactions to different conditions, events, situations, people, mentalities and so on. In sannyasa education you don't learn how to develop bhakti; that is part of yoga. Sannyasa is a lifestyle. As an investment of karmas, sannyasa simply requires that you understand your responses and reactions to whatever happens, to every event and movement that affects your life, spirit, mind and body.

Ashrams are meant to develop that kind of understanding. The ashram is not a place where you can attain peace and happiness; it is not a utopian place. I remember someone once saying to Paramahamsaji, “This place is like heaven.” Paramahamsaji replied, “This place is not heaven. You go to heaven because of your good deeds and pious acts and you derive pleasure from them, but you do not do that here. The ashram is a place in which you have to exhaust your karmas. You have to allow the negativity to be released. You have to develop a different attitude to understand the lifestyle of a sannyasin. You should let go of your attachments with the karmas; you should invest your karmas. Therefore, an ashram can never be a utopia; it has to be a place of struggle, of personal growth. If the ashram becomes heaven then it has lost its purpose.”
Ashram education is very much related to sannyasa education. If the ashram becomes a happy spiritual community living together comfortably in absolute bliss, then there is a disconnection with human effort and spirituality. The awareness of human effort and the awareness of spirituality is lost. People give me advice but I know that they don't understand the purpose of an ashram. Einstein would never have followed the advice of a first year physics student attending his first class, because he had his own formulas to pursue and a first year student has a lot of ground to cover.

Most of you are first year students; some have moved into second year, some into third, some into fourth. Some are on the verge of coming out with certificates and diplomas and degrees. You evolve your own formula and understanding of the process. Therefore, certain basic norms are required which can guide us into gaining full insight and experience of what sannyasa is, what the ashram is and what yoga is. With this understanding, we will be able to do more than we have until the present.
The initiation for the second generation will be sankalpa diksha, which has not yet been given to anyone. You can definitely show your commitment, trust, faith and dedication to humanity, to guru, to God, in whatever way you can, and you are free to do so. To become a part of this second wave you will be called to guide a project or an area, to become a worker, to lead a project or to connect with other people and groups. But I prefer to let things evolve in their own time – that is an open secret.
Posted by Iyarkaya at 4:46 AM

Email ThisBlogThis!Share to TwitterShare to FacebookShare to Pinterest
Labels: Power of Brahmacharya and Tips