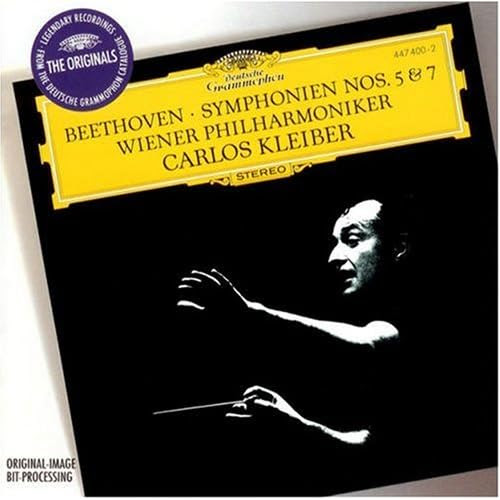 Vienna Philharmonic Orchestra, Carlos Kleiber, conductor
Beethoven's Fifth is perhaps the most famous piece of classical music ever written, and deservedly so. The famous opening four note motif serves as the thematic material for the whole first movement, and it reappears in the third and fourth movements to make the symphony into a unified whole rather than a collection of four individual movements. This unity is apparent in other respects as well: the stormy opening movement is in a dark minor key, and the mood gradually shifts through the middle two movements and culminates in a glorious brass fanfare that opens the finale. Carlos Kleiber's recording with the Vienna Philharmonic still stands as one of the all-time greats 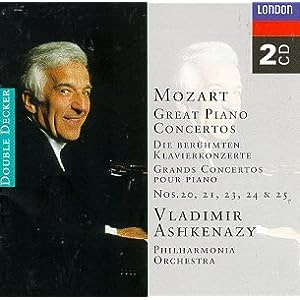 Vladimir Ashkenazy, piano and conductor; Philharmonia Orchestra
These two piano concertos combine orchestral brilliance with virtuosic solo work, making a splendid introduction to Mozart. The 20th, in a tragic minor key, moves from a dark and brooding beginning to an uplifting conclusion, and contains a memorable stormy outburst during an otherwise tranquil second movement. The beautiful middle movement of the 21st was used in the 1967 film Elvira Madigan and is one of Mozart's most famous pieces of music, while the finale brings the work to an exciting conclusion on a grand symphonic scale. Vladimir Ashkenazy is one of today's most versatile pianists and conductors, and he shows off both talents in this recording as he conducts from the keyboard. Ashkenazy makes the flurry of fast piano passages seem effortless while shaping the orchestra's sound perfectly. Best of all, these two concertos come with three more of Mozart's greatest concertos, all on two CDs for the price of one. 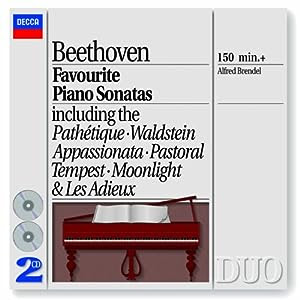 Alfred Brendel, piano
Beethoven is such an important composer that we had to put two recordings of his in the top three. While the symphonies show outward storm and fire, the piano sonatas give us a more personal view of the composer. The first movement of the "Moonlight" and the middle one of the "Pathétique" are so tender as to move the listener to tears. But the storm is not altogether missing; the "Pathétique" opening movement and the "Moonlight" finale contain some of Beethoven's most exciting music. Alfred Brendel gives a gripping performance on this two-disc set containing five other wonderful sonatas. 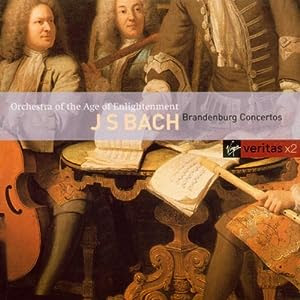 Orchestra of the Age of Enlightenment
There is no better introduction to the Baroque style than these six orchestral masterpieces by Johann Sebastian Bach. The works are in the style of the concerto grosso, which is an orchestral genre that features a dialogue between small groups of soloists and the full orchestra. Taken as a whole, the six concertos explore the diverse tonal possibilities of both solo instruments and orchestra. The first two concertos are festive, featuring horns and oboes, while the third is written for strings only and is more meditative. The fourth and fifth concertos feature virtuoso playing of the violin and harpsichord respectively, while the concluding sixth -- probably the most famous of the set -- has a jaunty atmosphere and emphasizes ensemble playing over solo work. The conductorless Orchestra of the Age of Enlightment gives a delightful performance on authentic Baroque instruments, and at less than $12 for two CDs this set is clearly a first choice.
More Info :
http://www.classicalcdguide.com
Posted by Iyarkaya at 3:16 AM