How to avoid negative thoughts - Question from Shiva 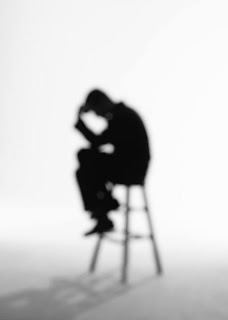 Be blessed by divine sir,

I had this doubt from quite a long time.
It has been mentioned that by undertaking the herbs like vallarai,Thoothvalai,musumus...we can reduce our intensity of thoughts..
Please let me know whether only unwanted -ve thoughts which are deeply imprinted in our subconscious mind are going to erased from mind or anything else is going to happen..
If so what about intellectual knowledge which we have acquired through studies.
Please provide me with as much as clarity as possible...
Awaiting for your reply ..
Shiva Kumar B M
Bangalore

Relpy
Hi,
Humans think that their happiness comes from the mind, It is wrong, it’s an illusion, its only pleasure., where ever there is pleasure , pain is bound to be there , they are two sides of the same coin. Mind is the sea in which like waves thoughts arise, sometimes, thoughts are pleasant and sometimes they are painful.
At the intellectual level one can learn to avoid painful thoughts and have pleasant thoughts only. But there are other and higher centers of consciousness; learning about them is called spiritual knowledge and divine knowledge. Entering into those regions is called YOGA, GNANA and all types of spiritual practices. Though they are very hard to attain, they are not impossible.
There are only two things in human life to learn, one is to think correctly, orderly, clearly and to the point. This is called concentrated thinking or DHARANA in yogic terminology.
The next thing to learn is to still the mind and eradicate thoughts.
Correct thinking can be learnt by learning logic, computer science and Socratic dialogues written by Plato. Going beyond thoughts and awakening the pure intelligence of the soul, the Aathman and God head are possible by practicing YOGA, MEDITATION and other spiritual disciplines. Then you will be able to control and go beyond thoughts. These higher centers of consciousness are : Intuition or the seventh degree of knowledge, insight or the eighth degree of knowledge, the capacity to enter into the kingdom of God , which is the ninth degree of knowledge.
Finally the ultimate and the tenth degree of knowledge called the mind of light is attained by constantly and singularly thinking of God only and fusing ones consciousness with the consciousness of GOD. In short there are 10 degrees of knowledge in the ladder of creation, man is at the 6th stage of thought but so far he has not fully attained even that sixth stage. He has to scale up the other four rungs of the ladder of knowledge.
Saint Ramalinga has simplified the whole process of attaining super consciousness in a single act oflove and compassion, by p[practicing compassion towards all beings and by devotion to the Lord Arutperum Jothi inside the spirit of one’s self at the center of one’s head called 'Chit Sabha'. One can attain it easily, its a short cut and a straight forward one because Love is not a thought, it is not an emotion as we wrongly think. It is ultimate knowledge and wisdom, it is also the power of God himself with which He is creating and sustaining the universe. The number of beings human, animal or plant or otherwise, you are capable of loving with your whole being as your own self. You are going up in the ladder of super consciousness.
Love is the embodiment of higher knowledge; compassion is the human counter part of divine grace. Swami Vallalar in his mahopadesa says that it was only total compassion towards all beings that transformed his consciousness as well as his body into those of divine light.
All these things have been already explained in ever so many letters and lectures. So humbly requestyou to go through my CDs and books. We can talk about higher things in Sutha Sanmarga for all these are basics.
Particularly I want you to read my book in tamil called " அறிவு நிலைகள் பத்து " [ ten degrees of knowledge], published by "Tamizhini Publishes", 67, Peters Road, Royapettha, Chennai - 600 014.Phone : 98841 96552.
For any question and queries , please call me on 91 98427 51510
Thanks R.Kuppusamy
Posted by Iyarkaya at 12:49 AM