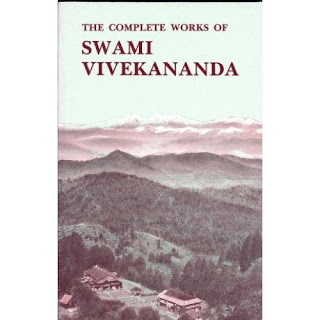 Swami Vivekananda is regarded in India as a patriot and saint. He came to the United States and spoke at the World's Parliament of Religion in Chicago.After the Parliament, the Swami traveled throughout the United States and England lecturing and giving the Western world his best teachings on Vedanta, teachings that seemed customized for the particular needs of the western mind. His first book on the yoga of meditation was assembled and published as Raja Yoga. Later came out a collection of his talks on the intellectually demanding approach Jnana Yoga, and finally, talks on the yoga approaches that suit most people Karma and Bhakti Yoga. A series of private talks to his most serious students at Thousand Islands Park in New York was later published as Inspired Talks.
Rapidshare

Email ThisBlogThis!Share to TwitterShare to FacebookShare to Pinterest
Labels: ebooks, Must Watch, Spiritual